The “people” voted to Leave, but they were persuaded in part by campaigns funded by rich people who….., well, read the comic. And read this article for much more information. 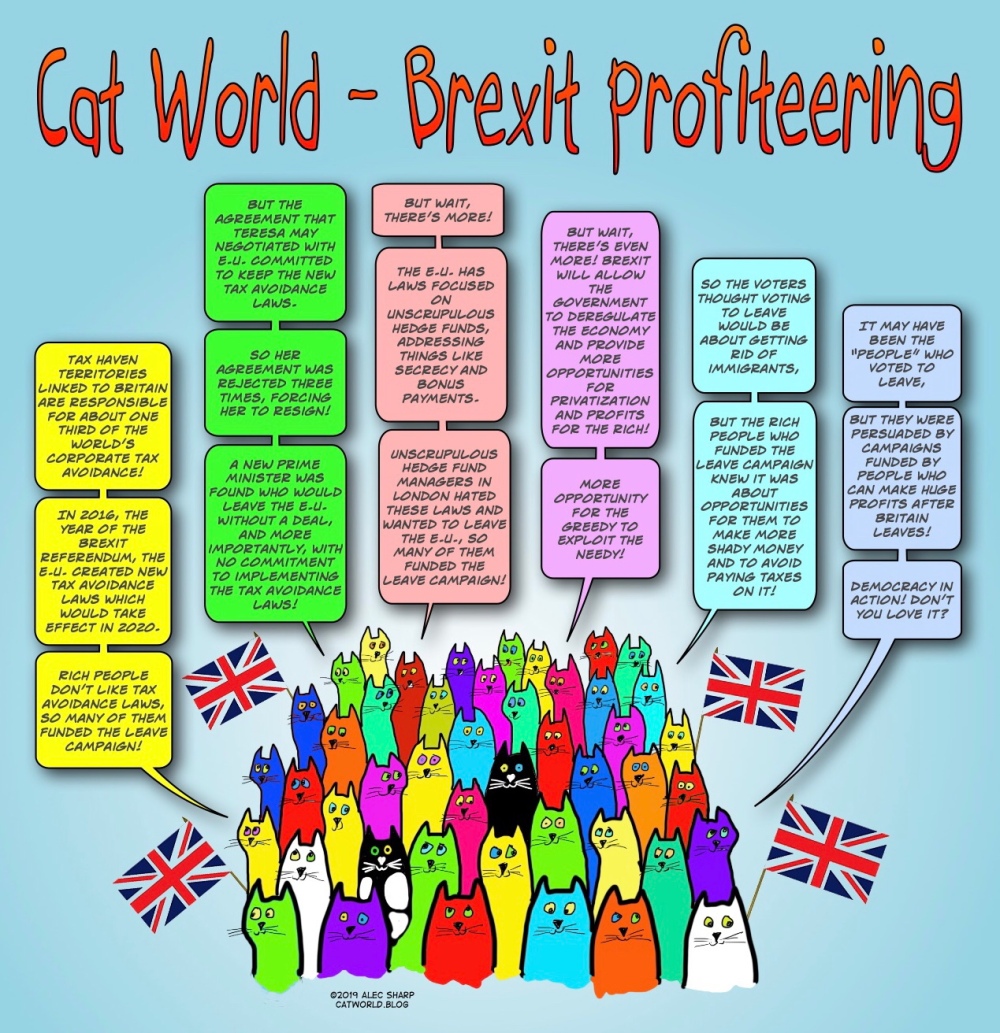 The never-ending saga of Freedomlandia continues… 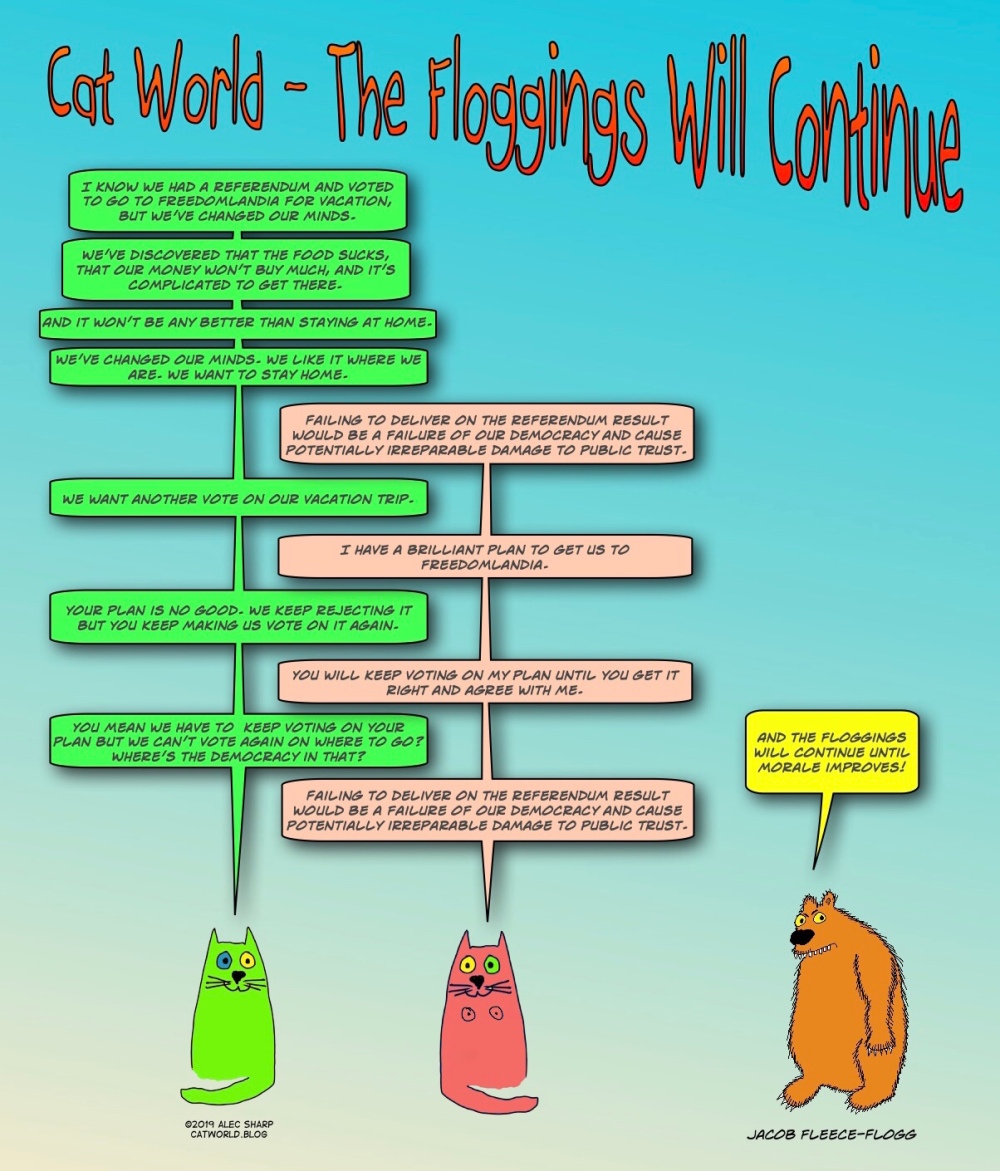 Britain fantasizes about the great deals it will make after Brexit, but people are now starting to realize how little bargaining power Britain will have. 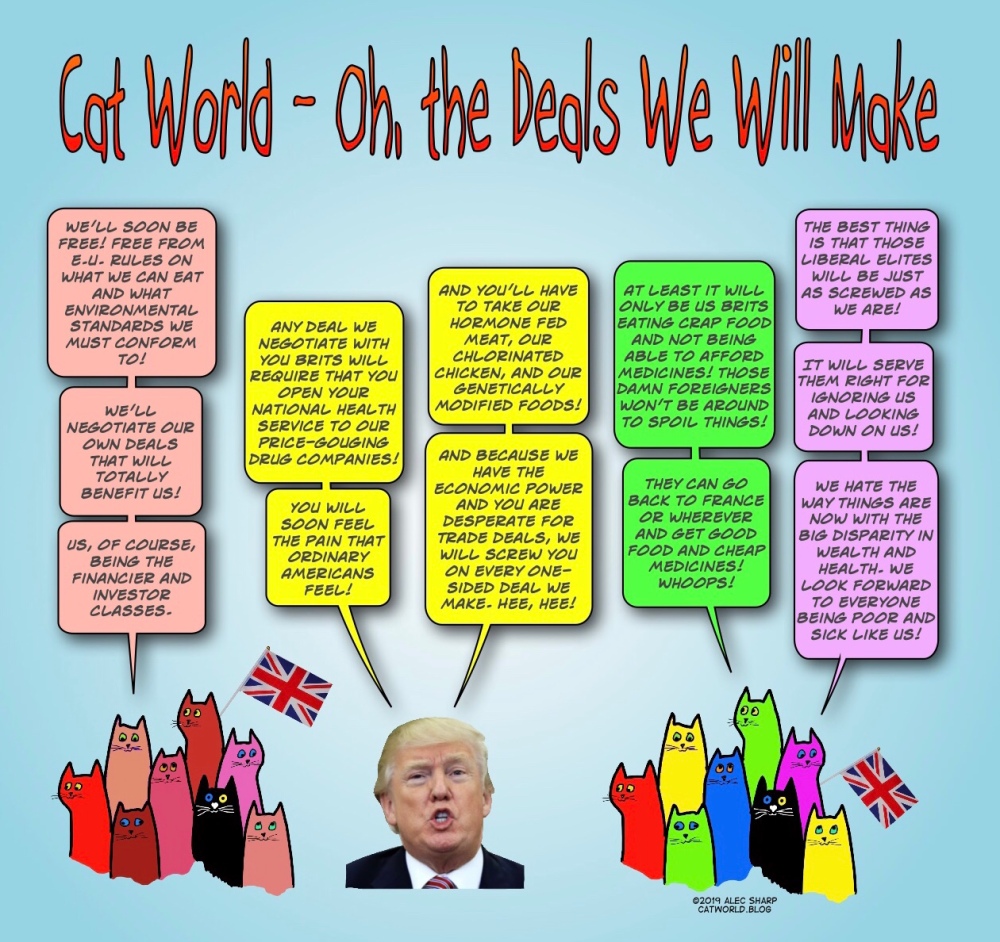 A big part of the choice to leave the EU was the desire of many Brits to regain British sovereignty, for Britain to make its own decisions. But international capital is likely to have a bigger impact on British decisions than does the EU. 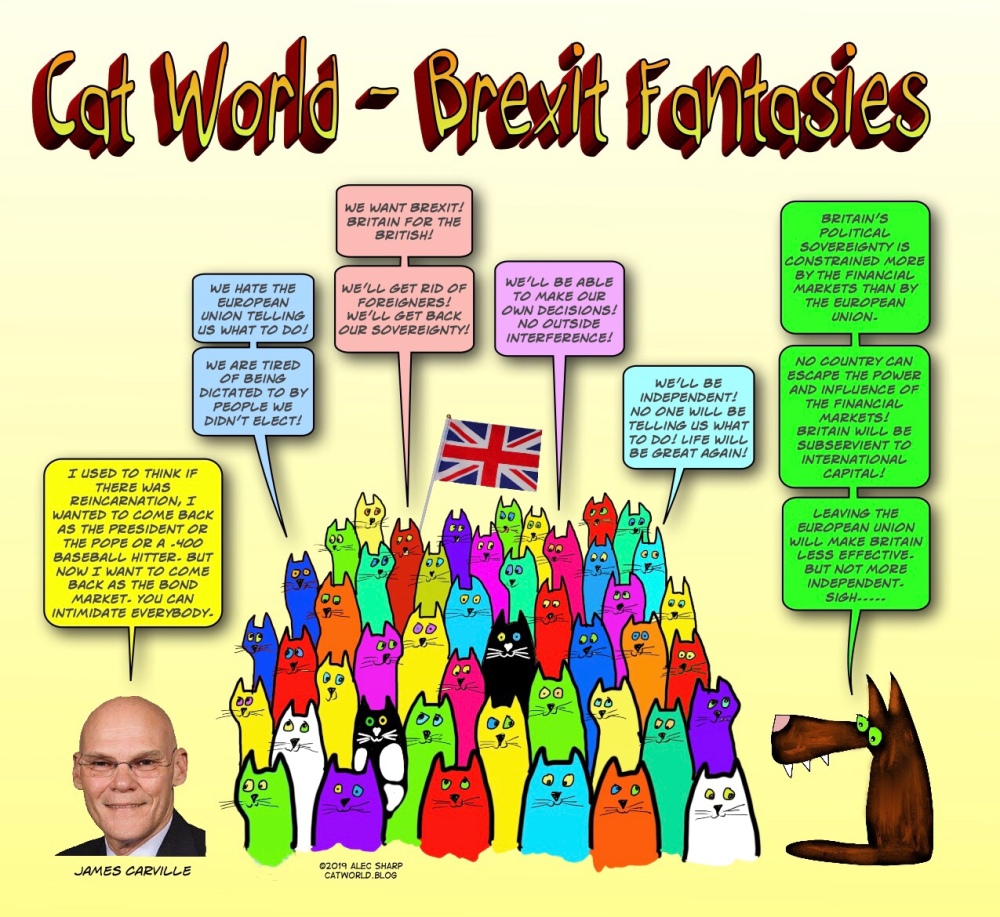 Northern Ireland is the rock on which the orderly exit of Britain from the EU (Brexit) is foundering. This comic cuts the Gordian Knot, offering a simple solution to the complex problem. 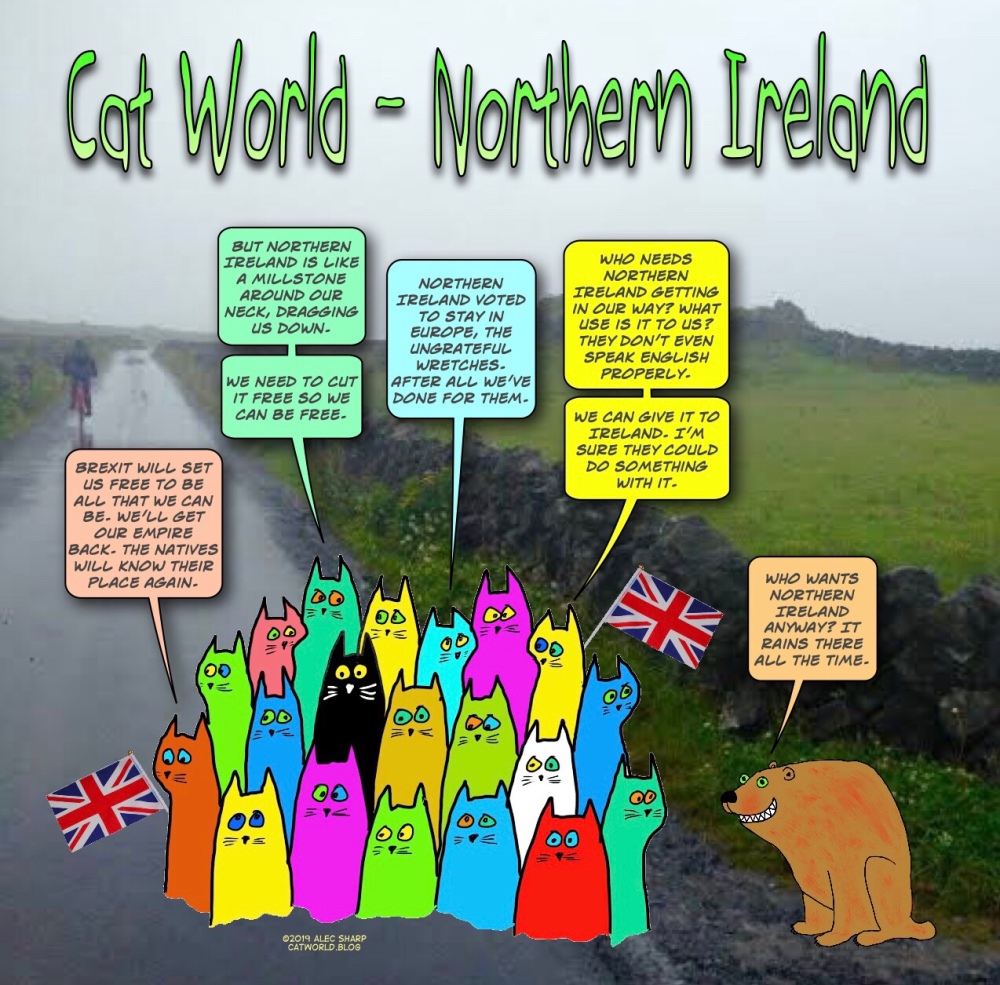 In the Brexit vote, older people voted to Leave but the young voted overwhelmingly to Remain. Since the vote, many older people have died and many young people have become old enough to vote. If the vote was held now, with no one changing their vote, the country would probably vote to Remain in the E.U. 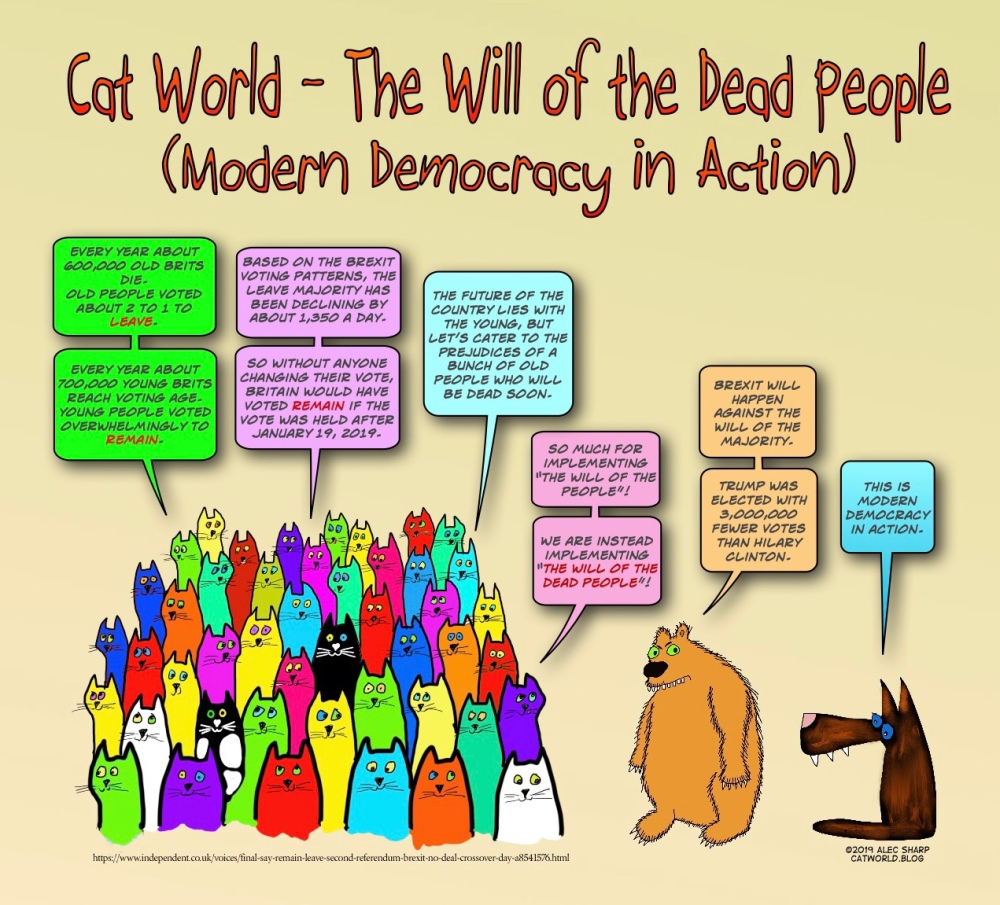 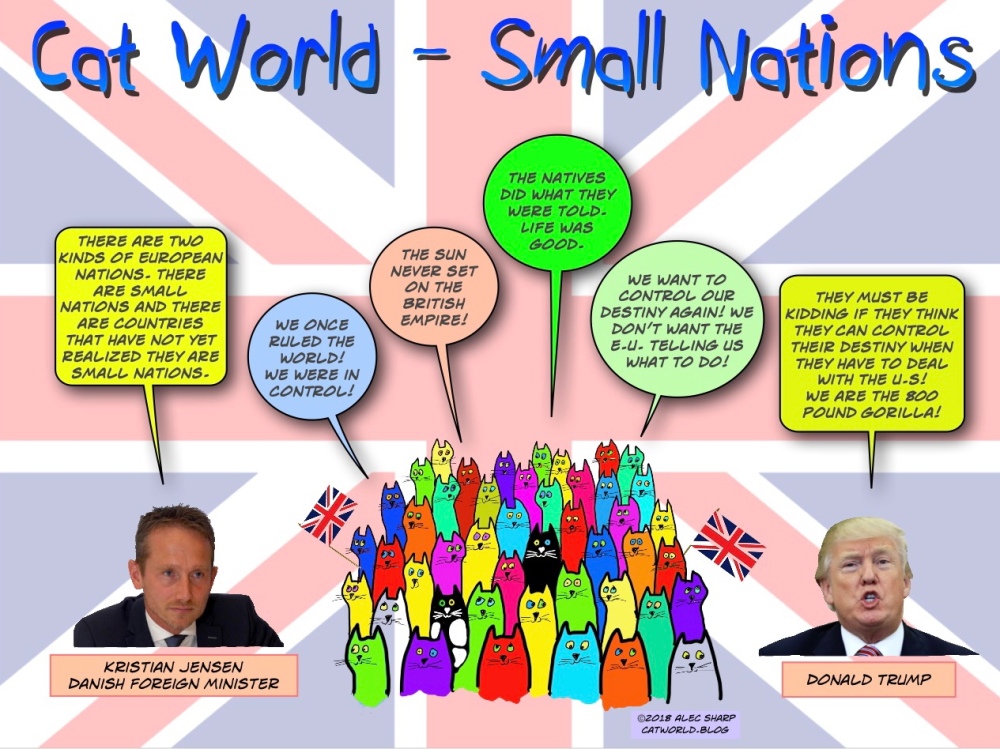